6 Must Watch Series for Mums

I have got through my fair share of series since becoming a Mum. A lot of them have been cheesy crap from the 90’s, because let’s face it, concentration spans reduce massively when you’ve got a little one to keep alive! But I have also had a chance to watch some great series, ones that I have totally been able to relate to from one time or another and that is what great TV is all about right? So here are my top 6 must watch series for Mums: 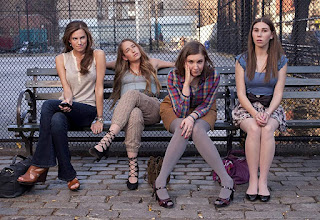 So, out of all the series mentioned in this post, this one doesn’t feature Mums as main characters, but is a great series, full of dark humour with raw and real story lines. It takes you on a journey of a group of friends in their 20’s, faced with the usual difficult choices adulthood brings. In my opinion it’s a modern-day indie version of Sex and The City. It made me laugh continuously, with some real shock factor moments and also brought on a few tears too. You will fall in love with Lena (the main character), you will feel sorry for her, laugh at her jokes and will cry with her. It also stars Adam Driver and I am kind of man crushing over him at the moment, so even more of an excuse to watch! 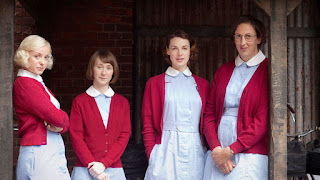 An oldie but a true classic. It still amazes me when people say they haven’t watched it. It is by far one of the best series I have ever watched! Let me take you back to the East End of London in the late 50’s where Nurse and Nun Midwives live and work together, coping with the changing times of the world around them. So many historical medical advances come to light, it’s like you’ve gone back in time and are living it too. Its an absolute tearjerker, I mean I don’t think there has been an episode where I haven’t cried, yet it still hasn’t put me off. I cannot wait for the next series. 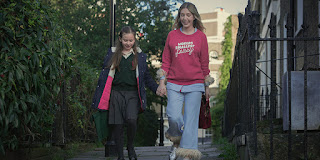 I have just finished watching The Duchess and it is bloody hilarious! The brand-new sitcom starring Katherine Ryan only aired for the first time a few weeks ago and it’s been a big hit. Ryan plays a fashionably troublesome single Mum who wants another baby, but figuring out who should be the Father gets her into a bit of bother. The only thing I would say is that its rather an acquired taste. I mean there are only 6 episodes in the first series, but it truly is full to the brim with profanities, but don’t let that put you off. Every aspect of the story line is unrealistic, but that’s what makes it so funny. Laugh out loud moments will happen whilst watching, so be prepared and do not, I repeat DO NOT watch this around kids! 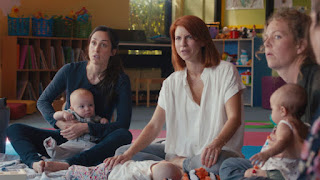 This Canadian series takes you on the truthful journey of not only becoming a Mum, but having to make hard decisions when returning back to work after having a baby. The group of Mums who first meet at a baby class soon grow closer, building strong relationships with each other. I can totally relate to this as the Mum friends I made through having O have become some of my best friends and doing the whole parenting journey with them by my side has been incredible! But don’t expect perfect parenting from Workin’ Moms, sometimes these Mums are selfish, the total opposite of selfless and do not act like perfect parents at all. But perfect doesn’t exist and that what makes it a great series. It’s the closest to the truth I think I have ever seen Motherhood portrayed as and that is what gives it that edge. 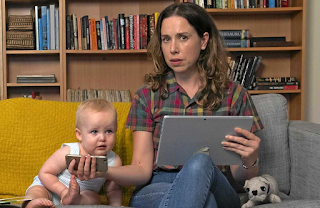 Before having a child, it is very easy to envisage what type of parent you will become. You set high expectations for yourself, because you think you know what will make you a great parent. But nothing can prepare you for Motherhood and how easy or hard the road will be. The main character in The Letdown, Audrey doesn’t have the easiest of starts to Motherhood and I found myself constantly just wanting to give her a big hug! She really does try, but sometimes its like nothing goes right for the poor woman! Her family network consists of a husband who is completely obsessed with his career and a Narcissist Mother who might as well not exist. She seems to go through everything alone, which sounds really sad, but she has a way of handling everything herself and brings with it gentle humour, which matches her personality beautifully. This one is a really easy watch. 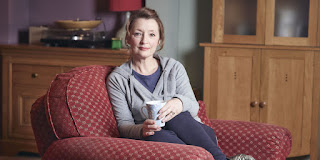 I was absolutely blown away by this series and if you haven’t seen it, please give it a chance, you will not be disappointed. Mum Maureen’s husband has passed away and she begins a new chapter in her life without him by her side. The series is mainly based at home, where she lives with her grown son who is a little dim. He comes out with the stupidest of things and dialogue between the two of them is fanatically funny! A little later on he somehow manages to find a girlfriend with even less brain cells, but you are generally happy that they have found each other and they are a perfect match. Michael, a family friend becomes a regular visitor to the house and their friendship blooms, albeit very awkwardly. The ending is a tear jerker, but won’t be the only time you shed a tear or two for totally relatable occasions. It’s a winner in my eyes.

I hope this list is of some use and introduces you to at least one new series you hadn't heard of before. Day 2 of Blogtober2020 is now complete and I am really enjoying the blogging journey so far, thanks to Big Family Organised Chaos for setting it all up.

October 03, 2020
I would be totally lying if I told you I didn’t get inspiration for today’s post from Lisa over at Hollybobbs and her latest Sweater Weather Reel! She has quite the collection of jumpers and I’ve been dreaming up a bit of a wish list in my head of some of the nicest and most snuggly jumpers available on the High Street.  So here are my Sweater Weather top picks! Because let’s face it, you can never have too many jumpers! From left to right we have... Pure Cotton Printed Crew Neck in Ivory Mix| Marks and Spencer |£25 Khaki Slouchy Roll Neck| New Look |£22.99 Leopard Colour Block Sweat| Boohoo |£17.60 Hotdog Miranda Knitted| Joules |£59.95 From left to right we have... Colourblock Drawstring Hooded Teddy| Shein |£12.99 Pink Oversized Colour Block| Pretty Little Thing |£18 Grey Cable-knit| H&M |£29.99 Ziggy Metallic Gold Lightning Bolt| Joanie |£45 What one is your favourite? Now to convince the Husband to treat me to a few for my birthday in a couple of weeks’ time! Love Sop
5 comments
Read more

October 09, 2020
Baby Loss Awareness Week, which takes place from 9th - 15th October aims to raise awareness about pregnancy and baby loss in the UK. We are joined by Booberrit's Naomi who has been kind enough to share her story with us.  * TRIGGER WARNING* OUR STORY For us it was late September when what started as spotting (at work) ended in a week of harrowing physical and emotional pain (in hospital) which turned us from ‘parents to be’ (with hopes and dreams ) into a statistic. In the UK, it is estimated that 1 in 4 pregnancies end in loss during pregnancy or birth. Around this time each year I take a long walk to watch the leaves fall and reflect. There’s something both beautiful and reassuring about the falling autumnal leaves. Trees endure losing everything through the bitter cold of winter, because they know Spring is just around the corner. CHANGES My miscarriage was 5 years ago now. At that time awareness and support for baby loss were lacking. In fact, because of the mental a
8 comments
Read more